Home » Wany: The path to sustainable development of the African continent 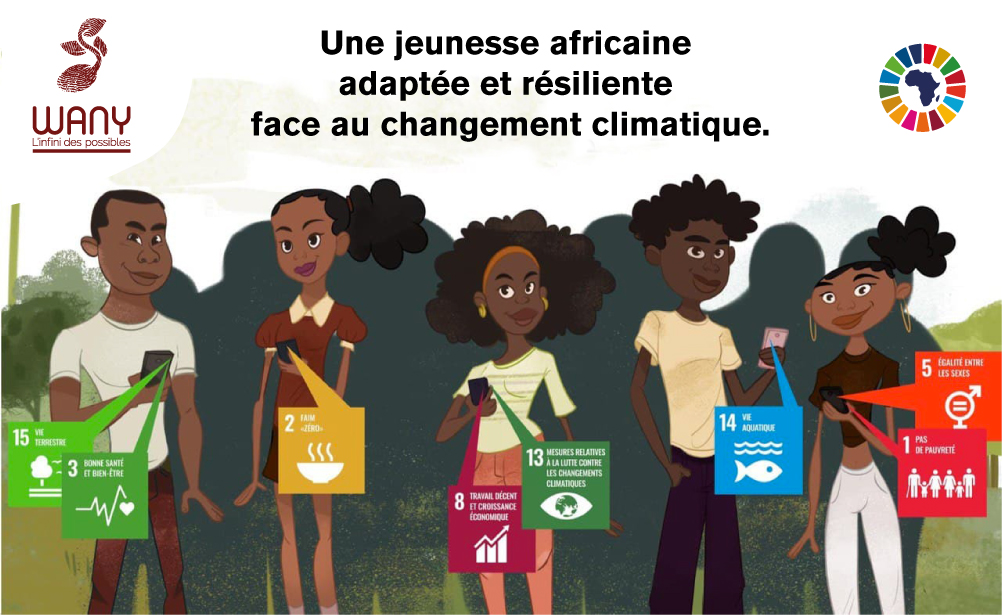 Adrien N’Koghe-Mba: “Europeans and Africans must know each other better

The African youth is boiling, representing a major challenge for the continent, the cradle of humanity and the rest of the world today and for the future, at the economic level, with the danger of climate change. Adrien N’Koghe-Mba, founder of the Wany application, wants to instill the spirit of enterprise in African youth tempted by exile and stresses, in the interview granted to Feat-Y,how much the relationship between Africa and Europe is decisive for a pacification of the world. Interview.

Feat-Y : Why did you launch the Wany application and what goals did you set?

Adrien N’Koghe-Mba : because I am Franco-Gabonese, I co-direct, in Libreville, Gabon, a school of 500 students, from kindergarten to high school, and the situation of the African youth worries me more and more every day. These African youth are ready today, at the risk of their lives, to cross deserts and seas to reach an ideal and imaginary Europe, whereas it should be possible for them to live a new reality in Africa. This is unbearable. The Western world is in fact only a utopia transmitted to African youth by the screens. And too often the search for this utopia turns into a nightmare or even a deadly dystopia: this is what sociologist Joseph Tonda, from Gabon, calls Afrodystopia.

I am also French, Breton, from Rennes, and I find it essential that France, a great power, reconnects with reality: it has a historical responsibility, along with Europe, to ensure that the migratory flows generated by the demographic explosion and climate change do not turn into conflicts. It is a question of survival instinct for all.

I will give you five figures to understand what is at stake: half a billion Africans will be born in the next 10 years; one out of every two children in the world will be African by 2035; two thirds of African cities will become unlivable because of global warming by 2035; 42% of 18-24 year old Africans say they want to move to Europe; the United Nations estimates that 250 million climate refugees will be moving to Europe by 2050

With this in mind, I co-constructed Wany by gradually bringing in partners with complementary skills: Agorize, Green Talk, Idées Folles, Les Frères Basquins, Marie-Dominique de Cayeux, Spécinov and Vidéotelling. Wany uses these screens, carriers of a false utopia, to make African youth want to create the conditions for sustainable development and fulfillment for all.

Giving African youth the desire to stay on the continent also means giving them the means to come to France, to enrich themselves with ideas and skills, and then to be actors in Africa. This is one of Wany’s objectives, which will offer the same mobility to European youth and thus create a circular mobility system.

Feat-Y :How does the application work in practice?

A.N’K-M : Each day, young people can view educational and entertaining animations on the Sustainable Development Goals (SDGs) of the United Nations 2030 Agenda and the African Union’s Agenda 2063. It is also proposed videos of testimonies of companies present in Africa on their good practices of social responsibility (CSR). The young people progress daily, get informed, discover green jobs. They validate their understanding with quizzes, and give themselves the means to respond to current issues.

Feat-Y : How do you insist that African youth pay attention to the objectives of sustainable development, especially from an environmental perspective?

A.N’K-M : Wany is a story, carried by a character, Wawa, who accompanies the young people throughout their learning. A complicity is created between the young people and the one who will show them a pragmatic path of development. The idea is to highlight the resources available on the spot, so that African youth can seize them and develop with projects that have less impact. We must not make the same mistakes as the West in terms of environmental impact.

Feat-Y : On your website, you claim to “highlight” local initiatives by Africans and the positive effects on their community. What determines the selection of these examples to be put forward to the African youth, on your part?

A.N’K-M : The idea is to call for people with initiatives to come forward. Wany is about collective intelligence: among the seven partner companies today, there is Agorize, which specializes in organizing open innovation challenges. It is through the Agorize platform that we will be able to identify and select projects that will constitute a pool of initiatives. Each young African will be able to find inspiration, see what looks like him and what he can develop.

Feat-Y : With Wany, could a new form of partnership be organized between African countries and extra-African companies?

A.N’K-M : Exactly, this is part of circular mobility. Why? Because there will be massive migratory flows, no matter what anyone says. Louis Michel, former European Commissioner for International Cooperation, Humanitarian Aid and Crisis Response, explains that today, to avoid an implosion, Europeans and Africans need to know each other better.

Feat-Y : With Wany, are you building a technological bridge between Europe and Africa, extending a belief of your grandfather, Leon Mba, the first president of Gabon and a controversial historical figure?

A.N’K-M : It is important to realize that Africans are equipped with smartphones: 86% of young people in urban areas have daily access to a smartphone. This technological tool will allow us to give this project a new dimension by reaching a large number of African youth. It will contribute to building operational digital bridges between Europe and Africa with a common objective of sustainable development.

Regarding my grandfather, he can, seen from France, be controversial, but what counts is that he had at heart the development of Gabon, that he cared above all for the respect of human rights and human dignity, and for a stabilized relationship with France within the framework of a bloc between Europe and Africa. During his first official visit to France in March 1961, with General de Gaulle, he already said “Eurafrica will be the continent that will stabilize the restless world of tomorrow”. Moreover, Alain Minc said: ” Europe and Africa will be even more linked in the future than they were in the past. Eurafrica will exist by choice or by force ».

It is very important for me to contribute to a peaceful and harmonious Eurafrica.