Home » THE PAINTER AND THE THIEF : PALETTE OF EMOTIONS 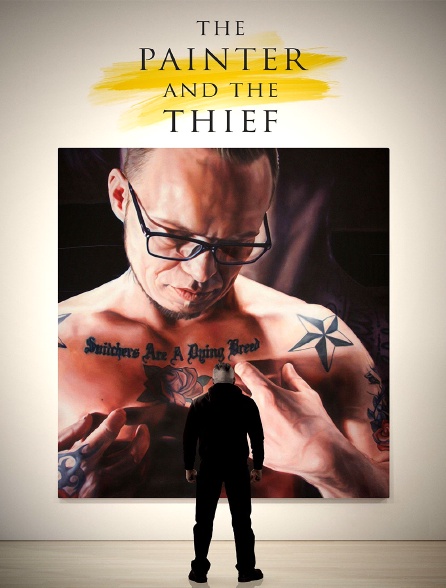 Yasuke is a legend in the land of the Rising Sun. It must be said that the story of this African slave who became a samurai in Japan is fascinating. Forget the costumed heroes of Marvel studios, here reality sublimates fiction.

Few things have come down to us about this man with an exceptional destiny. All we know about him is his Japanese name, Yasuke or Kurusan (Kuru: black). He would have been born on the East coast of Africa, perhaps at the level of the current Mozambique, in the years 1530. While hunting lions, the future Yasuke was captured by slave traders. Direction Goa where he discovers the cruelty of the slave trade. There, Yasuke is condemned to the myth of Sisyphus, water carrier version. From morning to night, the slave makes the way between the river and the jars of his master. Exhausted and humiliated, he thinks of committing suicide when a delegation of ecclesiastics arrives. Among them, an Italian Jesuit named Alessandro Valignano who is looking for a strong man to ensure his protection in Japan. Yasuke will be his man, well, his slave. After a two-year journey, they land in Japan in 1579. On the other side of the world, Yasuke fascinates the crowds, and the cleric takes advantage of this to show him off for money. We witness real scenes of riots as the Japanese want to approach this man so different from them. Far from the racial prejudices, they are mainly impressed by his size and his strength. The inhabitants do not hesitate to travel hundreds of kilometers to meet him. Over the years, the master and his slave continued their peregrinations through Japan. It is in Kyoto that Yasuke makes a decisive meeting in the person of Oda Nobunaga. Captivated by his intelligence (Yasuke speaks Japanese) and his power, the warlord wishes to keep Yasuke in Japan. Father Alessandro Valignano accepts. Yasuke’s destiny changes. Raised to the rank of samurai, he is freed and becomes one of the protectors of Oda Nobunaga. He is even part of his first circle. In Kyoto, Yasuke now walks around with two swords and the warlord’s own weapon. “An exceptional privilege for the time,” according to Serge Bilé, author of the excellent book Yasuke Le samouraï noir. Yasuke took part in many battles before his trail was lost. Did he stay in Japan? No one knows.