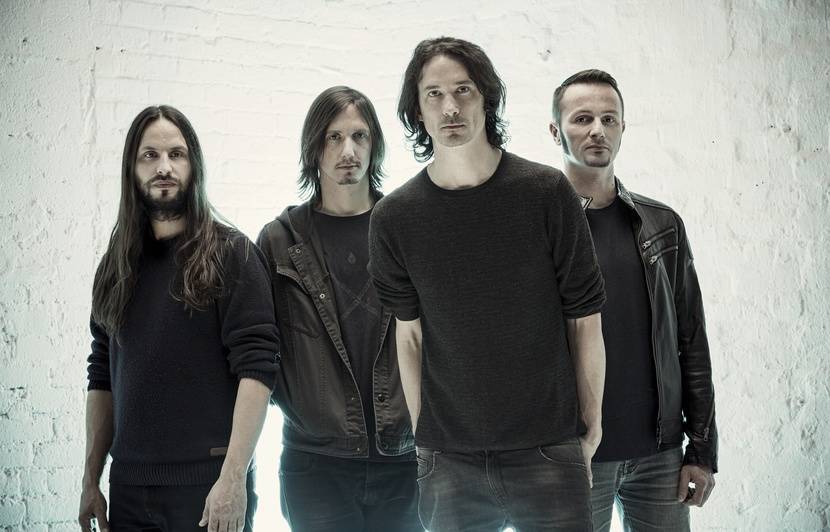 The name evokes a monster coming straight out of the Japanese culture, Godzilla, from which they have chosen the Japanese name: Gojira. The Duplantier brothers, Joseph and Mario, are death metal singers, yet they are shaking up the codes of the genre. Their new album Fortitude carries a powerful message. With rich and varied tracks that give a fair overview of the band’s compositions. Clips, but also acts of solidarity to help indigenous peoples, remind the commitment of the group in favor of nature.

Gojira’s music is a powerful and varied mix of songs that give a good overview of the band’s compositions. The riffs’ energy echoes the pulsations of nature, Mario’s drums reproduce the violence of the sea that breaks against Cape Horn and that comes to smash against this piece of land. Gojira’s music is a constant hymn, a declaration of love to Terra Mater, and Joseph Duplantier (vocals and rhythm guitar), the leader; Mario Duplantier (drums), Christian Andreu (lead guitar) and Jean-Michel Labadie (bass) prove that their music is not disembodied, but has a heart that beats under its metal shell. In 2001 appeared a first album “terra incognita” whose name refers to the history and knowledge that we had of our planet in the Middle Ages, and we can not help but think of Christopher Columbus and his quest for the new world, whose first amazement was the lushness of nature.

“Right, that’s it, that’s exactly it, it’s a reference to the old maps. We thought there must be something there but we didn’t really know, we imagined it, we drew dragons and stuff, we wrote down “Terra incognita” and we just didn’t know how to get there. Today, I have the impression that the human being has not yet found himself, most people anyway.”

A concept album that deals with both the relationship to nature and the world, but also the part that is in each of us and that just wants to hatch, a way to remind us that we are above all earthlings who live at the rhythm of nature and that after each period of gestation, there is a restitution. The principle is kabbalistic, to receive in order to better give.
Joseph Duplantier is the lyricist of some of the music such as In the Forest or Love, written while he was living in a hut, the construction of which was taught to him by his father, a painter. He will live there for two years, with his girlfriend of the time.

The two brothers are originally from the Landes region of France, yet they refuse to let themselves be confined to a single identity, as a reminder that we all belong to the same humanity and that the world, like a web whose weft is the same, has been woven successively… by interbreeding!
As Joseph says: “I feel on Earth, I feel earthy, I feel human. We are often referred to as the Landais…” This means nothing because our mother is American, his grandparents come from the Azores, our father is French, rather Basque, he is not Landais either. It’s true that we rehearse in the Landes, we live in that area but we don’t feel like Landais, we feel concerned by the earth, by the situation of humanity.
And this hymn to Terra Mater, it will be discussed in their second album “trillions of tons” “the trillions of tons is the mass of the Earth. If we could put it on a scale, it would weigh 5988 trillion tons and the weight of the sun is 1990 quatrillion tons. The Earth is thousands of times less heavy than the sun, it would take a long time to make it clear… The piece which carries the title of the Earth, it is with this one that we begin the concert, it is heavy, we speak about the weight of the Earth, it is rather imagined, finally, it does not speak (it is an instrumental) ” this earth which weighs infinitely more heavy than us all and yet that we allow ourselves to mistreat, it is the case of Amazonia which is delivered to the incendiaries.

Their fame serving a cause, Amazonia.

Amazonia is our planet’s lung, without it, people living at the other end of the world would not be able to breathe.
This connection with the forest is a constant for the Duplantier brothers as Joseph expresses it when he evokes one of their albums, L’enfant sauvage:

“I spent most of my time in the forest, and I invented an Indian origin, I made fires, huts. Thus, very early on, I was very close to nature, to the trees of the ground, to the leaves, to the flowers, to the frogs and to the fishes”.

A peaceful, idyllic nature, yet the tracks of their latest album Fortitude, which they concocted during 5 years, are a cry against the massacre of the Amazonian populations who dare to resist the massive deforestation for the benefit of lucrative cultures.
And one of their shocking titles is Amazonia, with astonishing sounds, including the presence of a Jew’s harp, very little used in a piece of metal, but this instrument connects the musicians to the past and to the earth. The whole is accompanied by a clip as beautiful as frightening and which is intended to wake up the consciences.
Genocide and ecocide that the group denounces with ardor, and there we find all the strength of death metal! But that’s not all, by joining the gesture to the music, the band has launched on the Internet a fundraiser for the NGO APIB to help the indigenous populations.
There are musical instruments, autographs, photos of Chloe Trujillo from the group like Metallica, whose husband Robert is none other than the bass player. The notoriety put at the service has already borne fruit, since the amount has already exceeded 400,000 euros!