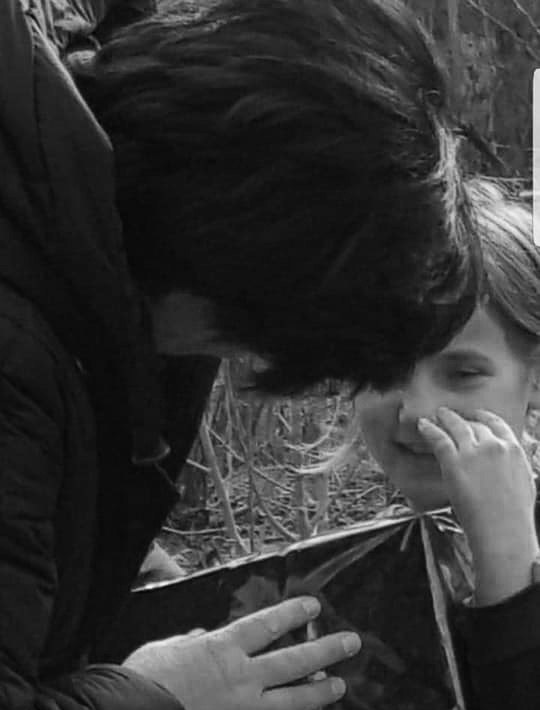 Since 2005, Ljljana Luani, an Albanian teacher from the town of Shkodër, has been taking care of children who are no longer in school and who are confined to their homes because of the vendetta that could strike them at any moment. Now a celebrity and advocate for the cause of these outcasts that no one wants to hear about, she intends to use her newfound fame to help them.

It is an appalling code that nowadays rages in the heart of Europe, in a country, Albania, which is knocking at the doors of the European Union. This code is none other than the kanun (one of the books of which, “gjakmarrja”, translates as vendetta) condemns more than 10,000 people from the north to the south of the country to confinement on pain of death. This medieval code, which looks like a curse, fell on their poor lives the day their father killed either by accident or to save his own life. Enacted in the 15thcentury by a duke, Leke Dukagjin, at the time when Albania, like many Balkan countries, was about to fall under the Ottoman yoke, it codifies the “taking of blood”, in other words the right to take revenge.

Six centuries later, it is still in force in the north and south of the country and turns collateral victims into social outcasts, depriving them of a livelihood, a social life, and a decent life by keeping them in forced seclusion. As for the children, often orphans, they are deprived of schooling and games. Also, whoever walks in the south of Shkodër is likely to see these furtive silhouettes, who for any exit allow themselves to shave the walls of their sad hovels, unhealthy which ooze misery and dirt, because the shot that will tear their life can occur at any time.

Lives hung by a thread

This unpronounceable word that makes them outcasts of Albanian society is gjakmarrja. Part of the Kanun that establishes the principle that human life is redeemed by another, and the one who will carry out the revenge will be designated in the family of the aggressor.

This plunges many families in Albania as well as in Kosovo, into a semi-clandestine situation, waiting for the inevitable, because their future murderer is somewhere, ready to execute his revenge. He knows that one day, either by need or by weariness, their future victim will cross the threshold of his door. The murder will be carried out in broad daylight, because the Kanun stipulates that revenge cannot take place inside the murderer’s family home.

A waiting of an unheard of cruelty because this so much dreaded revenge will arrive at one time or another. Ljljana Luani remembers with emotion: “this teenager who was shot before his eyes in a corridor of the school he had decided to attend at all costs. I remember his voice, his expressions that had become so familiar to me,”she says, her eyes misty with grief.

The one who will pay the blood debt is not named; any male member of the assailant’s family old enough to handle a weapon is likely to suffer the revenge of the assailant’s family for seven years. But all of them know that their lives are mortgaged and hanging on a very thin thread that an anonymous hand will come and cut. Also, the word future has long since disappeared from their vocabulary.

He has only to hide or, if he “lacks honor,” to flee abroad where he is sometimes hunted down and murdered. The one from the aggrieved family, who has been designated to kill him, will also be designated by his family or clan and will have all the time in the world, months, years to exercise the “blood recovery”.

A code prohibited by law….

Besnik Mustafaj was Albania’s ambassador to France in the early 1990s, then returned to Albania in the early 2000s to become Minister of the Interior. When asked about the reasons why such a system was able to continue during the communist years, one feels the anger in his words:

“In short, I can tell you with conviction that communism succeeded in removing Kanun from the daily life of Albanians. Such a regime could not bear the existence of a parallel organization within the society. It had to control everything. Specifically, as soon as they came to power, the communists began a double-edged process: the reconcialization of families according to the principles of gjakmarrja and the installation of a very severe repressive system based on the penal code, which provided for the death penalty for anyone who murdered according to gjakmarrja. Between the 1950s and 1970s, cases became increasingly rare. I don’t have any statistics, but from 1983 I was a journalist at Zeri I Popullit (Editor’s note: the Voice of the People) and I never heard of a murder for gjakmarrja.”

Nevertheless, after the fall of the communist dictatorship, people started talking about kanun and gjakmarrja again, but for Besnik Mustafaj this has nothing to do with the real Kanun,“just a speculation to justify the growing criminality in this part of the Balkans.

But for the former minister, the gjakmarrja in the 21 century has nothing to do with that of the origins, he believes that it is :“a speculation to justify the growing crime” and he does not hesitate to point to some people who make a “business” on the fate of these unfortunate “The lack of knowledge of Kanun abroad has given free rein to the development of a “special business”: “Albanians seek asylum in France, Germany or the UK with the argument that their lives are in danger because of the gjakmarrja. On the spot there are “NGOs” that give certificates, for which they are very well paid. I know very well both the Kanun and the reality of today, coming myself from Tropoja, a region where the Kanun was very present for centuries and where Binak Alia, who in Kadaré’s novel appears under the name of Ali Binaku”, comes from. (Editor’s note: “Broken April”). Binak Alia who in the 19th century tried to remedy these blood crimes.

For sixteen years, Ljljana Luani has defied the prejudices that surround “these exiles from the interior”: “no one wants to approach them, because they are afraid of the lost bullet or because of superstition, they think that they carry evil within them”, but for Ljljana they are only victims of an ancestral system, who deserve compassion and especially help.

His appeals finally began to be heard by the Albanian authorities, and the government even provided police escorts so that they could take their exams like any other student in Albania.

She is convinced that her commitment will eventually bear fruit: “this infernal cycle of deaths can only stop the day when the population is sufficiently educated to refuse this expeditious justice which is only a pale copy of what is the right of the people”.

In 2014, Ljljana was awarded by the Foundation the New Horizon Centre in cooperation with the Ministry of Education, “The Golden Rose” for her contribution to the education of children forced into confinement. In 2017, the American Embassy awarded her the “Woman of Courage” prize as part of the Global Teacher Prize. Now Liljana’s ambition is to open centers where she can educate these children, many of whom are orphans. Centers where the children will be able to find their way and discover that they too have talent and a future.