Home » Judith De Leeuw : A flying Dutchwoman as an artist and a rebel 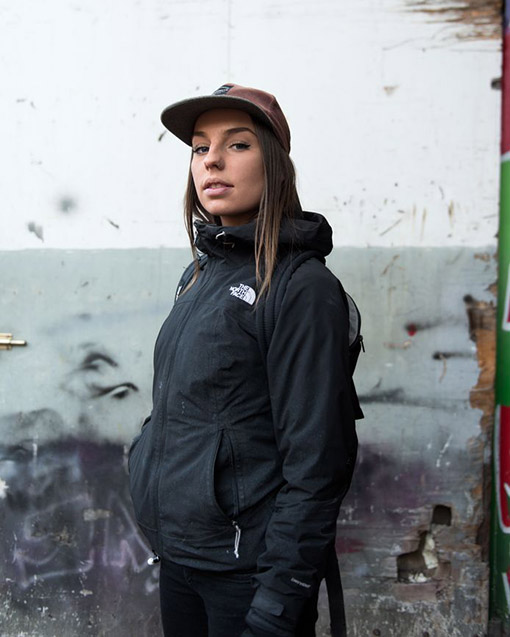 Suspended in the air, protected on her lifting platform, the street artist Judith De Leeuw, started aerosol cans at the age of 15 as a rebel on the street and quickly became a well-known artist receiving in 2017 the Dutch Street Art Award.  She travels worldwide to realize large scale murals in Europe, Asia, United States and she dreams to cover the walls of Tel Aviv. In a short period of time, JDL has become an established woman street artist on the international scene.

Do you belong to a family of artists ?

I am a street artist and muralist, if that is considered a family.

De Leeuw is a famous surname in Netherlands, and many famous people have this surname. Do you have a link with one of them ?

I am not a relative of Paul the Leeuw, if that is what you mean. My relatives are greatly talented and extremely good in what they do but they are not “famous” in the Netherlands.

When did  you find out you had a gift for drawing and art ?

When I was 4 years old the teachers already noticed that I was great in drawing, it was also the first time that I spoke out that I wanted to be an artist when I grew up.

Could you tell me about your artistic background ? when did you begin to study art ?

I had a terrible childhood where I ended up in some sort of juvenile detention. In there, I had nothing else to do but draw when I was locked up all day. After one year of practice in detention, I developed “talent” and they told me I should go to art school. Before that nobody saw any talent and nobody believed in me. That moment, they did, so I applied to the study art&design where I was admitted in 2013. I graduated in 2016.

From 2016-2017 I have been doing a bachelor in fine arts at Willem de Kooning Academy too, where I graduated as well.

Why did you choose to become a street artist ? do you have a model ? someone that you admire and that incite you to borrow the same path ?

I never followed one specific person in his or her path. I just loved street art in general. I come from graffiti myself where paint is used as a expression and rebellion in the normal day of society. I think street art is the older brother of graffiti into arts. I always used graffiti as my rebellion and emotional output since I was 15 years old. Now, I look up to artists that take over the world. As much as I would love to do that.

–In all forms of art, inspiration is crucial. What is it that inspires you?

Social issues are all that drive my work. I meet specific people that interact with these issues and, from that point on, they are my reason to create my work. You can think about Racism, LGBT, Cancer, etc.

I noticed, that your favourite colours are blue, brown, black…. Why this choice ?

I never used brown. I do use grey. I’ve been inspired by black and white photography for ages and have never been touched by “plastic” colors at all. I feel like black and white picters withdraw more emotion onto the image rather than a full color.

The blue came in out of a concept that was based on captivity (still water). The gold came in through the concept of “holy” souls found in each one of us in society. The cricle looks like a traditional painting of a halo.

The most inspiring topics ?

I made a mural for my brother that married my sister in law when she was diagnosed with cancer, just so he could be there for her. I thought it was so beautiful that I gifted them a 30meter high tribute mural on a hospital in Italy. It was about cancer and relationships.

Could you tell me how do you work. I saw that first of all, you take a picture of the topic, you want to reproduce ?

First I do research and create mindmaps. When I finish the idea I arrange a photoshoot. The photo will be the base from where the painting will be modeled. Then, i paint.

Which locations are the most inspiring for you? Have your ever been in Israel ?

I think nobody can beat the story of my mural of my adoption brother and my sister in law, which I told previously. The mural is in padova, Italy.

I have never painted in Israel but I would love to.  I was raised Jewish, so I have been to Jerusalem, Tel aviv, and Eilat already. It was so amazing and beautiful! I would love to do a project in Israel. It would also give me great opportunity to get to know my own roots, and create an art piece about the country and its people.

How do you imagine your future as a street artist ?

I want to be of a big influence to the world so that I can help people and change things. I want to create an art piece on the north Pole to draft attention to the climate change. I want to create a social message on the moon. I would like to be the one that really does change things, and really helps as well. I want people to listen to the problems of poverty, racism, child trafficking, mental health, etc.  If you’d like to reach that, you’d have to be #1.