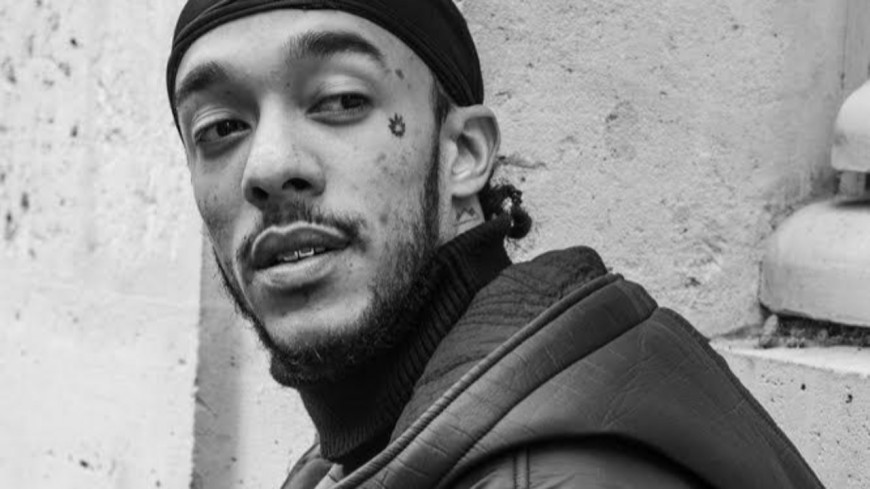 Tuco: “I consider this project as a business card.”

How can you take a retrospective look at your life in music? That’s what Tuco set out to do with his latest album Gadamn, released at the end of February. A benevolently tinged return to his beginnings, when he was called Natty Boss, and the desire to mark a new stage in his artistic life punctuate this album, sometimes with resonances with this complex period we’re living through. Interview.

Feat-Y : Listening to the album, I’m struck by the song “Wah Wah”, which relates the hurried side of our world. Doesn’t the period of confinement we are living in offer a striking contrast with the theme of this song?
Tuco: Yes and no because in the end, I say “they all lie, one by one-time/time takes the same turn every day/we live for dough or love”. There is something that also represents well the period we live in, in the sense that we are confined; it’s a little bit the same every day. On TV, you don’t really know who to believe, what to believe on the news. The amount of fake news that’s going on all the time. The amount of fake news you can get. On the contrary, the title “Wah Wah” is, I think, very topical, I let the listeners make up their minds by discovering or rediscovering.

Feat-Y: Can we say that this album marks a new stage in your musical career?
Tuco: Clearly. I see this project as a calling card for the artist I’ve become over the years. I also see it as a first step in a long plan and project that we started with my manager. Let’s just say it’s an important step. It’s a renewal. A representation of the evolution of the artist and who I am today. It’s a way to introduce myself and offer my current art to those who want to receive it.

Feat-Y: Why did you change your name from Nathy Boss to Tuco?
Tuco: I changed my name out of a need for renewal. I was at a turning point in my personal life, so I decided to take my everyday nickname, which my friends and family gave me. I have a rather long career. Nathy was my nickname as a little boy. That’s how I got into music in the first place. I needed to assert myself for myself.

Feat-Y: Given your musical background, which started at a very young age (13), how do you see young Nathy and what advice would you give her today?
Tuco: I look at him in a very benevolent way, I don’t really know what he was getting into, but I’m very sympathetic to him. And today, what I would say to that guy and to any other young person, for that matter, who embarks on this artistic adventure, whether it’s musical or otherwise, is to learn to watch your interests, to learn the business, to learn how things work in the industries involved and not to trust blindly. To learn as much as you can so that you can master your career to the best of your ability, if possible.

Feat-Y: Are other arts, such as film or painting, a source of inspiration for you and would you be tempted to express yourself there in the future?
Tuco: Of course. I’m very interested in all art forms in general. I became an actor as I went along. It’s something that I like very much and that I aim to develop more and more over the years. I don’t practice 20,000 other art forms, even though life constantly pushes me to create something. It is an art form. Apart from cinema, there are, for the moment, no other branches that I am seriously embarking on. But I am very inspired by everything that lives, everything that is made, everything that is created out of something or nothing.

Feat-Y: Can you tell us who inspired you to write the song “Amazon”?
Tuco: It’s an Amazon, whose name I won’t mention. As I told you at the beginning, it’s a moment of life.

Feat-Y: In the album, we hear you singing in Creole. Is it a way of staying in touch with your Guadeloupean roots?
Tuco: Well, I’m in constant contact with my Guadeloupean roots. It’s more a way of pleasing myself and expressing myself in the way I do on a daily basis, if you like. I speak in Creole with my family and friends every day. It’s a way of expressing myself that makes me feel good. What is interesting is that I am what is called a “negropolitain”. I was born and raised in metropolitan France. There’s the fact that I’m bringing our culture and our history, and our language, and our country to the forefront at the same time.

Feat-Y: How do you view the situation in the Caribbean in general, and in Guadeloupe in particular, regardless of the current context?
Tuco: I am not one to judge or give lessons. Especially since I don’t live in the Caribbean. I see it with an eye that is, in spite of everything, quite external because I live in Europe. But I can see that there are a lot of things wrong with education, health, trade and sometimes legislation. There are a lot of things that need to be changed, I think, in the very foundations of the territories, in order to be able to answer this question. It really goes to the root, to how the system works there, the concerns, in my opinion. But as I say, I don’t do politics. Who am I to talk about it?

Feat-Y : If you were a movie, which one would you be?
Tuco: Amistad. It’s the first one that comes to mind.

Feat-Y: If you were a song, what would you be?
Tuco: “Redemption song” by Bob Marley.

Feat-Y: If you were a historical figure, who would you be? Why?
Tuco: That’s a good one. I want to tell you Bob Marley again. Because that’s kind of the basis of who I am. I was brought up in his music, and in reggae in general. And he’s probably one of the last prophets of our time. Even if you have to relive the existence of a historical figure, Bob Marley, that’s not bad.

Feat-Y: If you were an ocean or a sea, which one would it be?
Tuco: The Caribbean Sea.

Feat-Y: If you were an island in the Caribbean, which one would it be?
Tuco: Guadeloupe. What a question! That’s an easy one!

Feat-Y: If you were an animal, which one would you be?
Tuco: A lion, because it’s one of the most majestic animals there is. And also because it’s representative of my culture. I choose the lion, my dear man!